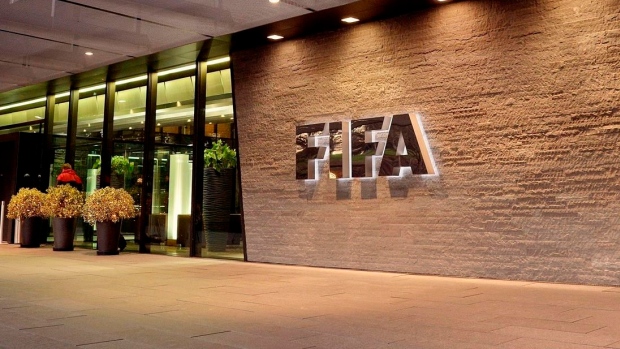 ZURICH (AP) — Protests by South Africa and Benin regarding incidents during last month's World Cup qualifying games were dismissed by FIFA on Friday, confirming that Ghana and Congo have advanced to the playoff round.

Both protests were ”declared inadmissible by the disciplinary committee,” FIFA said.

South Africa and Benin both lost decisive matches in the final round of group games last month, with Ghana and Congo both earning three points to win their respective groups and advance to the playoffs.

The South African soccer federation challenged the conduct of Senegalese referee Maguette N’Diaye and cited unfair decisions, including a first-half penalty awarded to Ghana that decided the 1-0 victory.

Benin lost 2-0 to Congo, which made substitutions during four different stoppages in play. Current FIFA rules allow teams to use five substitutes but to make those changes in a maximum of three stoppages, plus the halftime break.

FIFA did not give the exact reason for denying the protests but cited sections of its disciplinary code and regulations for the 2022 World Cup qualifying program.

Those sections include rejecting all protests “about the referee’s decisions regarding facts connected with play.” It also said team captains must immediately dispute “any incidents that occur during the course of a match” both before play resumes and “in the presence of the captain of the opposing team.”

Protests also have to be made formally in writing within 24 hours of the game and with an administration fee of 1,000 Swiss francs ($1,100) paid.

FIFA said South Africa and Benin can challenge the disciplinary rulings at its appeal committee.

Ghana and Congo are among the 10 group winners that will take part in five two-leg playoffs scheduled for March 21-29. The pairings have not yet been drawn.

The playoff winners will get Africa’s five places at next year's World Cup in Qatar.