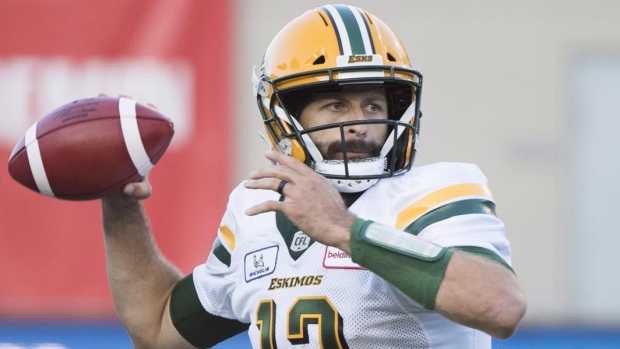 Can confirm reports Mike Reilly did workout with the Jacksonville Jaguars. Sources say the workout went well. Also hearing Reilly has no other workouts planned at this point #CFL #Eskimos

Scianitti reports that the workout went well and that the 33-year-old does not have other workouts planned at this time.

Reilly appeared in all 18 games last season for the Edmonton Eskimos and equalled his career high with 30 touchdowns along with 18 interceptions.  He also topped the 5,000 yard mark for the third consecutive season.

The Kennewick, Wash., native has been in the CFL since 2011 and a member of the Eskimos since 2013.  He spent the first two seasons of his CFL career with the BC Lions.

He was named the CFL’s Most Outstanding player in 2017.