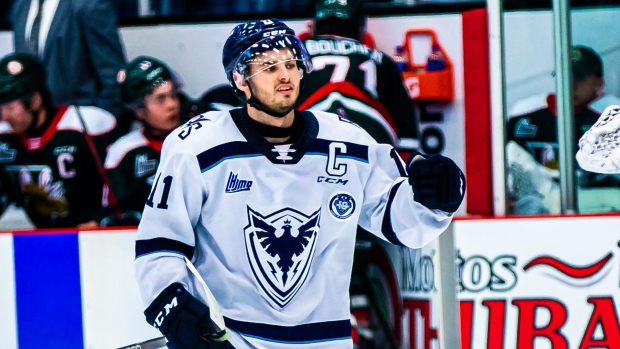 SHERBROOKE, Que. — Xavier Parent and Ethan Gauthier each scored two goals and added an assist as the Sherbrooke Phoenix trounced the Rouyn-Noranda Huskies 6-2 on the final day of the 2021-22 QMJHL regular season Saturday.

Parent scored his 50th and 51st goals of the season in the Sherbrooke (45-17-5) win and Joshua Roy notched an assist for the Phoenix to win the QMJHL scoring title with 116 points this season.

Dyllan Gill opened scoring in the game for the Huskies (28-34-5) at 7:25 of the first period but the Phoenix would respond with four unanswered goals in the period and two more in the second and third frames before Daniil Bourash finally got one back for Rouyn-Noranda at the 11:59 mark of the final third.

Both Sherbrooke and Rouyn-Noranda are playoff-bound.

The QMJHL playoffs will begin May 5.