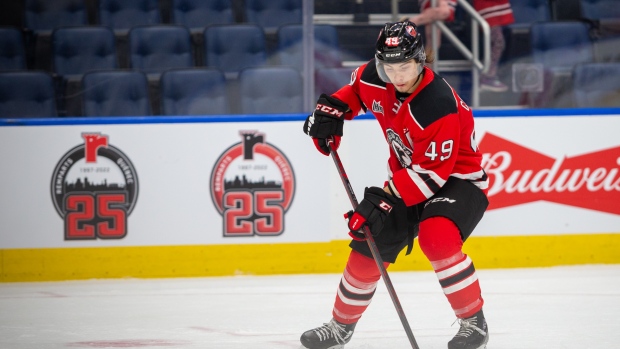 BAIE-COMEAU, Que. — Edouard Cournoyer and Viljami Marjala each scored a goal and netted two assists as the Quebec Remparts thumped the Baie-Comeau Drakkar 8-4 Wednesday in the QMJHL.

Benjamin Corbeil scored twice and assisted on the Drakkar's (22-35-9) other two goals in defeat.

Corbeil opened the scoring at 14:53 of the first period but Quebec would go on to score four goals straight in the second until Jacob Gaucher potted home his 33rd of the season at 14:38 of the middle frame to stop that bleeding.

The Remparts outshot the Drakkar 43-27.

SHAWINIGAN, Que. -- Thomas Belgarde scored a short-handed goal at 5:12 of the second period that proved to be the game-winner as Acadie-Bathurst (40-21-6) edged Shawinigan (39-23-4). Bennett MacArthur scored his 42nd goal of the season for the Titan in the win.