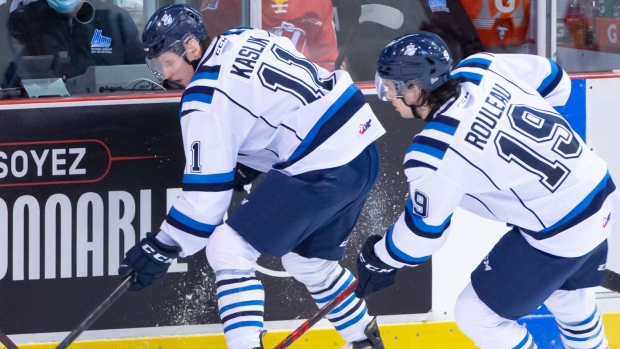 CHICOUTIMI, Que. — William Rouleau scored a hat trick and Kevyn Brassard stopped all 29 shots he faced as the Chicoutimi Saguenéens shut out the Rouyn-Noranda Huskies 3-0 Wednesday in the QMJHL.

Rouleau scored two of his goals in the third period, with his game-winning marker coming 12:31 into the first period.

SHERBROOKE, Que. -- QMJHL-leading scorer Joshua Roy added to his point total with a goal and an assist as Sherbrooke (41-15-4) defeated Victoriaville (20-33-7). Tigres goalie Nathan Darveau made 37 saves in the loss.

This report by The Canadian Press was first published April 13, 2022.