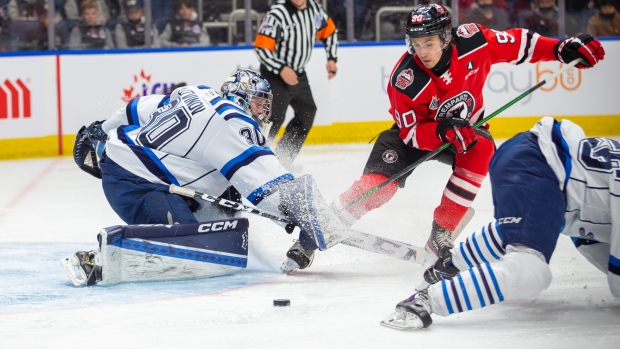 QUEBEC — Théo Rochette and Louis Crevier each notched a goal and two assists as the Quebec Remparts cruised to a 6-3 win over the Chicoutimi Sagueneens to go up 2-0 in their best-of-five, first-round QMJHL playoff series.

Chicoutimi's William Rouleau opened scoring in the game at the 6:06 mark of the first period, but after that Quebec would score four goals before their onslaught would finally be answered by Fabrice Fortin at 14:31 of the middle frame.

The Remparts were the regular-season champions with 51 wins and 104 points. Over the first two games of the series they've looked the part, outscoring the Sagueneens 12-4.

They'll look to finish off the Sagueneens in Game 3 on Monday as the series shifts to Saguenay, Que.