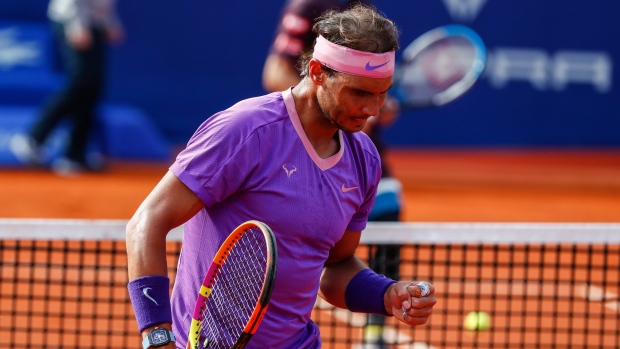 The 11-time tournament champion looked ready to roll to a quick victory after dominating the first set, but Nishikori responded with some fine net play to level it at 1-1.

Nadal broke Nishikori twice in the decisive set, converting his second match point by driving a forehand winner down the line.

The top-seeded Nadal is still searching for his best tennis after being upset in the Monte Carlo quarterfinals by Andrey Rublev. He needed three sets to beat 111th-ranked Ilya Ivashka of Belarus in his first match in Barcelona on Wednesday.

“I didn't play a lot last year so I know that I will struggle,” Nadal said. “I have been improving and I'm on the right path. I know the process. It doesn't happen overnight.”

Nadal will face Britain’s Cameron Norrie next. Norrie advanced after David Goffin retired in the second set of their match due to injury.

Nishikori won the outdoor clay-court tournament in 2014 and 2015 when Nadal was battling injuries.

The tournament was not held last year because of the coronavirus pandemic.