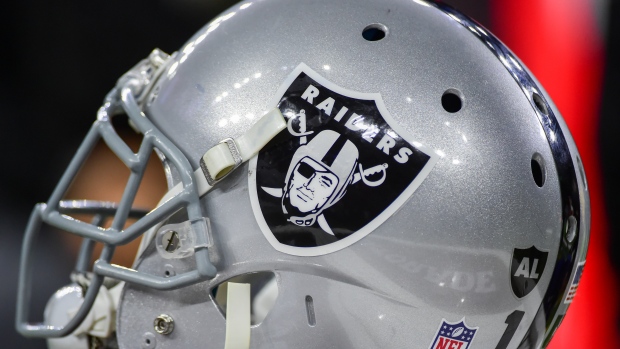 ALAMEDA, Calif. — The Oakland Raiders told the NFL on Monday they have found a new partner to finance their proposed stadium in Las Vegas: Bank of America.

A person familiar with the Raiders' plans said the team presented the new proposal with financing backed by Bank of America to the NFL's stadium and finance committees. The person spoke on condition of anonymity because the plan was not made public.

The Raiders had been seeking a new partner for the proposed $1.9 billion, 65,000-seat domed stadium after casino magnate Sheldon Adelson withdrew a $650 million pledge last month.

The state of Nevada has committed $750 million to the project, while the Raiders and NFL would pay the remaining $500 million if three-quarters of the league's owners approve a move. A vote could come at the owners meetings later this month.

Oakland Mayor Libby Schaaf also made a presentation to the committees on Monday in hopes of persuading owners to prevent the Raiders from moving. Schaaf offered no new plans to satisfy concerns from the league about a proposed new stadium near the site of the Coliseum, the person said.

The Raiders have been looking for a new stadium for years as they seek to move out of the outdated Coliseum, which is the only current stadium used by an NFL and Major League Baseball team and is unable to generate the revenue for the team the way more modern stadiums around the league can.

The Raiders applied to move to the Los Angeles area last year, but the league turned that request in favour of the Rams moving from St. Louis. The Chargers will join the Rams in the Los Angeles area this season and the teams will share a stadium in Inglewood, which is expected to open in 2019.

That left the Raiders looking for another option, which became Las Vegas when the state of Nevada voted last fall to commit the money to the project.

Even if a move is approved later this month, the stadium is not expected to be built before 2020. The Raiders have options to play at the Coliseum for two more years, but could need to find a temporary home in 2019 if they move.