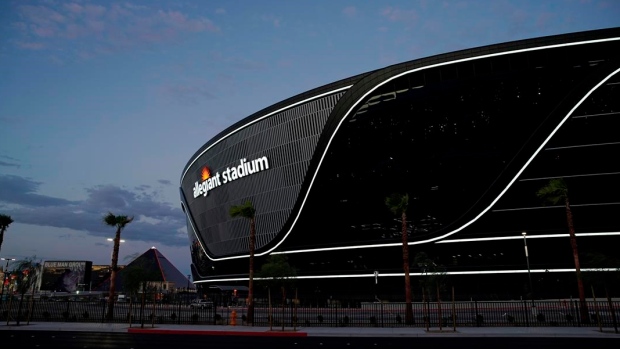 LAS VEGAS — The Raiders will have to wait another year to show off their fancy new home to their fans in Las Vegas.

The team sent a letter to season ticket holders on Monday saying that after discussion with health care officials and local leaders, the decision was made not to allow fans at games this season because of the COVID-19 pandemic.

“While the current situation is not how any of us envisioned celebrating the opening of Allegiant Stadium, when circumstances permit we look forward to sharing an unparalleled GameDay Experience in the Magnificent Stadium you helped to build,” the team said in the letter.

Owner Mark Davis had said last month that he wouldn’t go to any games at the new stadium unless fans were also allowed.

Both the New York Jets and Giants previously announced they would play without fans this season. Most other teams are hoping to be able to have at least limited crowds although that may not be possible at all venues.

The Raiders had been excited to show off their new $2 billion home after spending the past 25 seasons in the dilapidated Oakland Coliseum. The team was originally scheduled to play its first exhibition game on Aug. 27 against Arizona and first regular season game Sept. 21 against New Orleans.

But the exhibition season has been cancelled and the Monday night game against the Saints will now be played without any fans.

The Raiders broke ground on the 65,000-seat domed stadium just off the Las Vegas Strip in November 2017, just months after the NFL approved the team’s move from Oakland to Nevada.

The first planned stadium event, a sold-out Garth Brooks concert, has already been rescheduled from Aug. 22 to Feb. 27 in a bid to prevent spread of the virus.