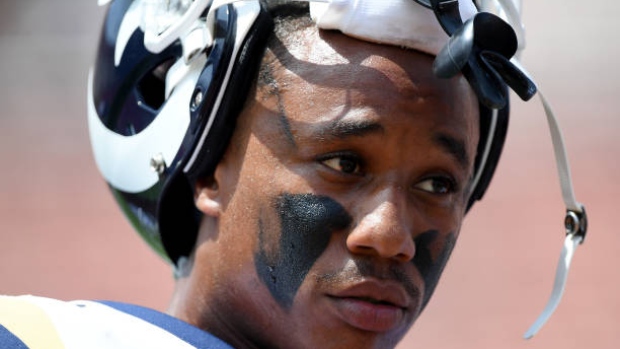 That doesn't mean Saints coach Sean Payton can say anything about it, however.

Peters reacted sharply in the Rams' locker room Thursday when asked about postgame comments by Payton in which the veteran coach said the Saints liked the matchup of receiver Michael Thomas going against Peters, a former Pro Bowl selection. Peters also claimed Payton said something to him or his teammates during New Orleans' 45-35 victory.

"Tell Sean Payton to keep talking that (expletive)," Peters said. "We're going to see him soon. You feel me?"

New Orleans sent the Rams (8-1) to their first defeat of the season with a 487-yard offensive game last Sunday.

Thomas caught 12 passes for 211 yards and a touchdown, none bigger than the 72-yard touchdown catch on which he burned past Peters to seal the win. All told, Thomas made six catches when Peters was in coverage on him.

"They were going to travel Marcus to him, and that was fine by us," Payton said afterward. "We thought we really liked that matchup, a lot."

Peters repeatedly blamed himself for having a bad game, and he refused to echo defensive co-ordinator Wade Phillips' claim that he had put together a poor scheme that didn't help Peters.

After a few seconds to think about it Thursday, Peters had more to say about Payton.

"Yeah, because I liked what he was saying on the sidelines, too," Peters said. "So tell him, keep talking that (expletive), and I hope he sees me soon. And then we're going to have a nice little bowl of gumbo together."

Peters didn't elaborate on what Payton said on the sideline, but that delicious dinner date is a distinct possibility for January.

The Saints (7-1) and the Rams are the only one-loss teams in the NFC, putting both on track for first-round post-season byes if they can maintain their outstanding starts.