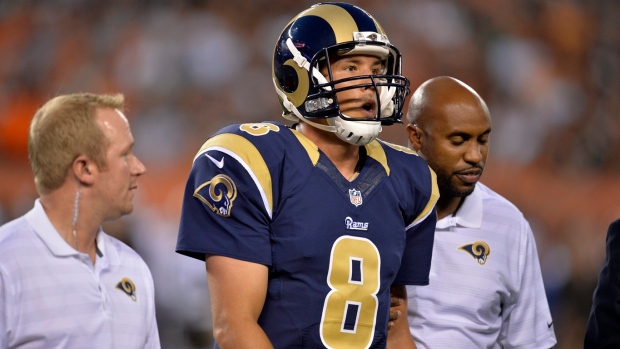 A pair of pivots are switching places.

Bradford, 27, has missed the majority of the past two seasons with ACL tears in his left leg. He was lost in 2013 in Week 7 and missed the entirety of the 2014 season. In going to the Eagles, Bradford is reunited with offensive coordinator Pat Schurmur, who was the OC with the Rams in Bradford's rookie season.

Foles, 26, was the Eagles starter for the better part of the past two seasons. Taking over from the injured Michael Vick in Week 6 of 2013, he led the Eagles to an NFC East title and Foles was named to the Pro Bowl. His 2014 season was cut short with a broken collarbone in Week 9.