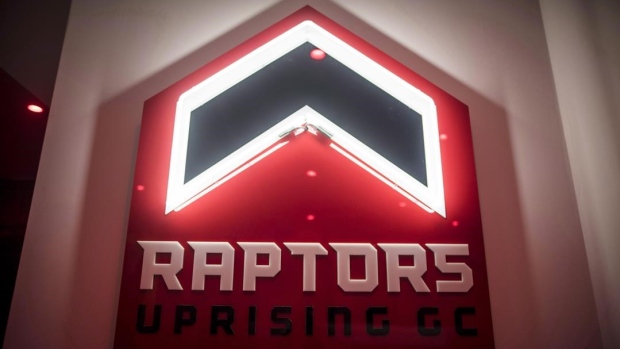 It was the first-ever meeting between the two teams, marking a matchup of marquee point guards in the Raptors' Hailey and the Hawks' Michael (Bp) Diaz-Cruz.

Hailey was the league's player of the week in Week 1 this season. Diaz-Cruz was a finalist for the 2019 MVP Award and was named to the league's all-rookie team.

Warriors Gaming Squad (5-0) and Blazers5 Gaming (2-0) are the other unbeaten teams among the 23 franchises that have already started play.

The Raptors were coming off a best-of-three series victory (2-0) over Knicks Gaming on Tuesday. The Hawks had defeated the 2019 champion T-Wolves, Grizz Gaming and Pacers after losing their May 5 season opener to Mavs Gaming.

Because of the pandemic, the esports league is staging games remotely rather than at its New York studio for at least the first six weeks of the season. Each series win represents a game in the standings with teams playing a 16-game regular season.

The Raptors opened up a 5-0 lead in Game 1 before the Hawks reeled off eight straight points. The Atlanta team led 17-12 at the end of the first.

Toronto trailed by as many as eight in the second quarter before narrowing the deficit to one at 27-26. Hawks Talon, matching the Raptors smothering defence, led 31-28 at the half with rookie centre Levi (Lee) Lamb registering eight points and 10 rebounds.

Toronto had eight turnovers to the Hawks' four in the first half.

Outscoring Atlanta 20-11, Raptors Uprising rallied in the third to lead 48-42 going into the final quarter. Toronto extended the lead with a 7-0 run to open the fourth before Hawks Talon responded, narrowing the deficit to six at 57-51 with 2:50 to go.

A string of Raptors three-pointers helped snuff out a late Hawks rally.

Hailey led the Raptors with 25 points while Trent (Timelycook) Donald added 17. Centre Gerald (Sick One) Knapp had his 10th double-double in 13 outings this season with 12 points and 13 rebounds.

Diaz-Cruz and Mykel (Kel) Wilson each had 25 points for the Hawks while Lamb finished with eight points and 19 rebounds.

Hailey had 13 points on six-of-seven shooting in the first quarter of Game 2, helping Toronto to a 19-18 lead. The Raptors led 36-32 at the half with Hailey accounting for 22 points.

Toronto pulled ahead in the third, leading 54-49 after a Hawks three-pointer ended the quarter. But Atlanta refused to go away, taking a 59-56 lead in the fourth before the Raptors took control.

Thursday's game between Cavs Legion GC and Celtics Crossover Gaming was postponed due to technical issues.