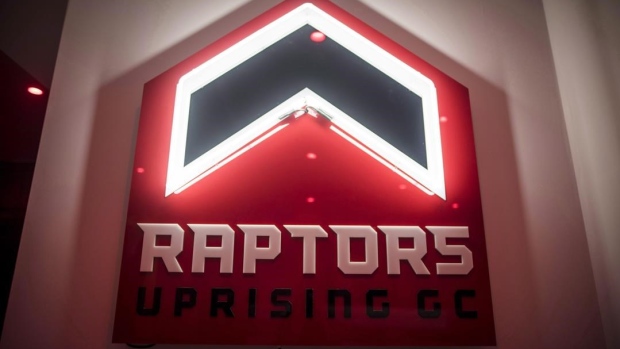 The Raptors tied Blazer5 Gaming, who set the record for the longest regular-season win streak last season as well as most wins at 14. Toronto can go one better Thursday with a victory over Lakers Gaming (2-11 prior to play Wednesday).

Canadian point guard Sten (Sav) Valge-Saar had 50 points in the Lakers' 67-57 win over Heat Check Gaming in Game 1 of their series Wednesday.

Toronto also extended its own record for consecutive wins to start a season (the previous mark was 10 by Mavs Gaming last year.

Sacramento (10-5), which could have clinched a playoff sport with a win on its home court, had its chances.

Hailey then pulled up and hit a three after a Kings turnover to tie it at 80 in the dying seconds of the first OT. Hailey scored 10 of the Raptors' 12 points in the second overtime, securing the steal that staved off the Kings' final comeback.

Matthew (Bash) Robles combined for 66 points for the Kings

Kapp had a put-back two and a big rebound in the final minute of Game 1. Down by three, the Kings had a chance to tie it, inbounding with 2.7 second remaining but only managed a two.

Sacramento kept the heat on in Game 2, leading 24-17 after the first quarter. The Kings pushed the lead to 10 early in the second but Toronto cut the margin to 37-33 at the half. It was 54-54 going into the fourth.

Regular-season games were one-off contests in the league's first two seasons before switching to best of-three series in remote play this year.

The Raptors were coming off a weekend win at The Turn, defeating Wizards District Gaming to claim the $117,000 first prize in the $260,000 in-season tournament. Toronto dispatched Kings Guard Gaming in the semifinals but was pushed to three games for the only time in the event.

Toronto swept Sacramento in the final of the $160,000 Tipoff, the first tournament of the season in June.

Toronto fell behind 5-0 after a sloppy start to Game 1 then reeled off an 11-2 run. The Raptors led 17-16 at the end of the first quarter, with Hailey accounting for 13 points on 6-of-7 shooting.

The Raptors have already made league history on multiple fronts.

— They are the first team to win the first two tournaments of the season, The Tipoff and The Turn.

— Hailey is the first multi-tournament MVP in league history and the first to win three player of the week awards in one season.

— They have set the league's single-game scoring record twice (June 12 in 109-51 win over Celtics Crossover Gaming and July 16 in 112-62 victory over Pacers Gaming).

— They have set the league record for most consecutive wins (13) to open a season. The previous record was 10 by Mavs Gaming last year.

— They are the earliest in league history to qualify for the post-season, after a July 2 series win over Gen.G Tigers.

Including tournament play, Toronto is 23-0 this season. Sacramento is 17-8 in all competitions.