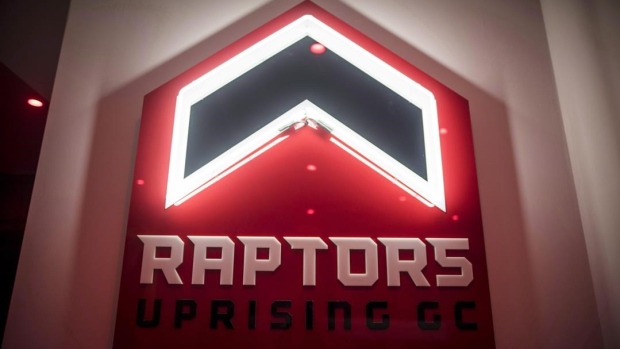 Toronto joins seven other teams in advancing to the knockout stage of the US$160,000 event that runs through Friday.

How dominant were the Raptors? Star point guard Kenneth (Kenny Got Work) Hailey almost outscored Lakers Gaming in Game 1 of their two-legged series, pouring in 58 points in a 105-59 victory. Hailey, continuing his MVP-calibre season, hit 10-of-13 three-point attempts and shot 22-of-30 overall.

Earlier in the evening, the Raptors easily won their two-legged series against Blazer5 Gaming — 73-58 and 93-65 — with Hailey scoring 35 points in each game.

The 23 teams came in chasing the $70,000 first prize in the first of three tournament this season.

The seven teams with the best group records as well as one wild-card entrant move on to the knockout round, where games will be contested as best-of-three series.

Raptors centre Jerry (Sick One) Knapp finished with a double-double in Game 1 against Portland with 16 points and 13 rebounds. Hailey added 18 assists in Game 2 while Knapp had 16 points and 11 assists, and Trent (Timelycook) Donald chipped in with 20 points.

Maurice (ReeceMode) Flowers contributed 18 points in Game 1 against the Lakers with Knapp one assist short of a triple double with 12 points, 12 assists and nine rebounds. Calgary teenager Sten (Sav) Valge-Saar had 19 points and 11 assists for L.A. but also turned the ball over 13 times.

Knapp had 30 points, 17 rebounds and six assists in Game 2. Valge-Saar had 20 points and 10 assists for the Lakers.

Toronto came into the remote-play tournament on the heels of a record-breaking 109-51 win over Celtics Crossover Gaming, erasing the league mark for single-game scoring.

In its nine best-of-three series wins so far in the regular season, Toronto has dropped just three games while winning 18.

In the league's first two years, The Tipoff served as the curtain-raiser to the regular season but was pushed back this year when the global pandemic delayed the start of play.

The first two editions of the tournament were won by 76ers GC.

Raptors Uprising failed to advance out of the group stage in 2018, finishing at 1-2 after an illegal screen in the dying seconds killed off chances of a comeback with Toronto down by two against Blazer5 Gaming.

The Raptors reached the quarter-finals of the 2019 tournament, exiting at the hands of Magic Gaming.

Teams return to remote regular-season play after The Tipoff. Tournaments down the line are The Turn and The Ticket.

This report by The Canadian Press was first published June 17, 2020.