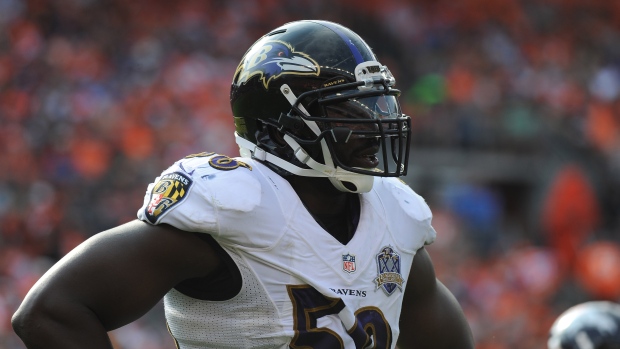 Dumervil was added on Monday. He becomes the fourth member of the Ravens headed to the Pro Bowl, along with guard Marshal Yanda, punter Sam Koch and long snapper Morgan Cox.

This will be the second straight Pro Bowl for Dumervil. He has been selected five times over his 10-year career.

Dumervil says, "Whenever you are recognized by your peers, it is an honour. To be able to play with the best the NFL has to offer is a blessing."

The 32-year-old Dumervil had six sacks this season, along with 48 tackles.

Dumervil received a late invitation to the Pro Bowl because roster spots opened up after the Super Bowl teams were determined.