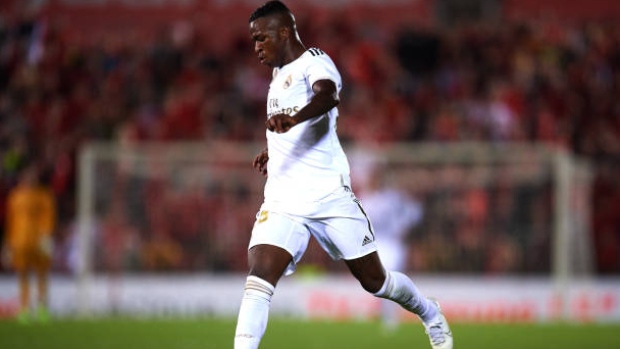 MALLORCA, Spain — Mallorca dealt Real Madrid its first Spanish league loss on Saturday after scoring early before the visitors were reduced to 10 men in the second half.

The slip cost Madrid the league lead, as Barcelona moved one point ahead after winning 3-0 at Eibar.

Madrid had gone undefeated through the first eight games. Its only other loss in any competition this season came in the Champions League when it fell 3-0 at Paris Saint-Germain in September.

Lago Junior scored the goal that proved to be the winner for the hosts in the seventh minute. The speedy forward from the Ivory Coast received a ball on the left flank, cut back around Álvaro Odriozola, and curled a shot past Thibaut Courtois.

Odriozola then left Madrid a man down in the 74th when he got his second booking for a low tackle that cut down Lago Junior.

Madrid was without Gareth Bale, Luka Modric and Toni Kroos due to injury. Eden Hazard did not travel with Madrid reportedly because of the birth of his fourth child.

Zinedine Zidane's side struggled to generate anything in attack. Besides sending in crosses easily cleared by Mallorca's defence, Karim Benzema's shot into the arms of the goalkeeper shortly after halftime was its best chance.

"We worked all week and believed that we could win because they were missing important players," Lago Junior said.