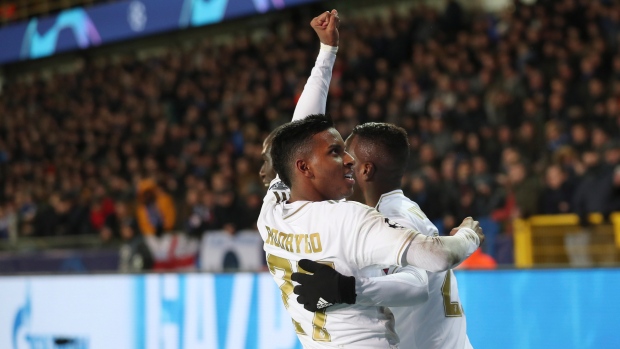 MADRID — Real Madrid will be without its second leading scorer for next round's “clasico” with league leader Barcelona after Rodrygo was sent off for appearing to mock an opponent in a Spanish third-tier match.

Rodrygo has scored seven goals for Zinedine Zidane’s side this season in limited playing time, leaving him only behind Karim Benzema on 18 goals.

Zidane sent Rodrygo to play for Madrid’s “B” team on Sunday, and the 19-year-old striker scored a late goal in a 2-0 win over San Sebastián de los Reyes. Rodrygo, who had already received a yellow card for a first-half foul, shouted in the face of opposition goalkeeper Xabier Irureta after scoring, and raised his arms in front of him.

That earned him a second booking and a one-game suspension that will see Rodrygo miss the league game against Barcelona.

Rodrygo joined Madrid this season from Brazil's Santos. He has impressed with his speed and goal scoring, including a hat trick against Galatasaray in the Champions League.