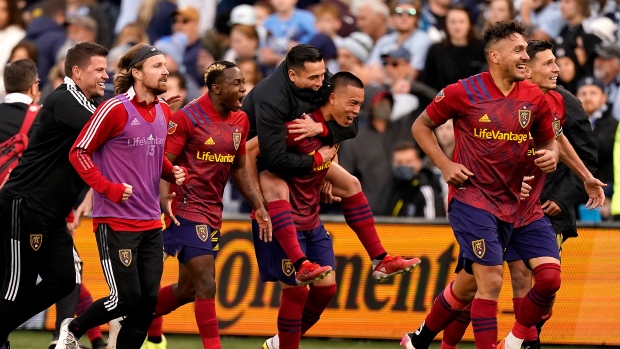 Coming off a first-round victory on penalty kicks at Seattle, Real Salt Lake advanced to face the Portland Timbers in the conference final. Portland also won the road, topping Colorado 1-0 on a 90-minute score Thursday.

Three of the four players involved in Real Salt Lake's two goals were second-half substitutes. Meram and Anderson Julio came on in the 57th minute, and Wood took over for Rubio Rubin in the 72nd minute.

Julio tied it in the 72nd, leaping to head a pass from Andrew Brody into the lower left corner.