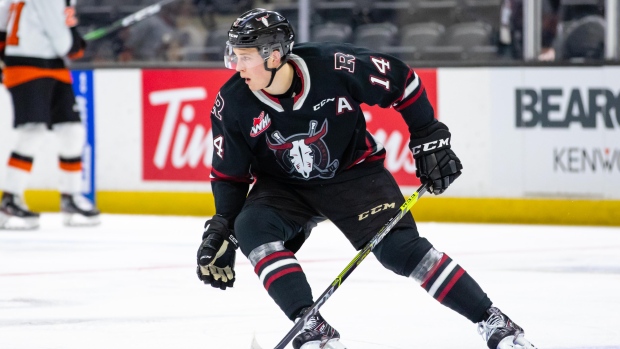 BRANDON, Man. — Ben King netted a hat trick and Jayden Grubbe scored the winner at the 7:41 mark of the third overtime as the Red Deer Rebels finished off the Brandon Wheat Kings with a 5-4 victory in Game 6 of their first-round WHL playoff series.

King also added an assist for four points, while his teammate Arshdeep Bains also finished with four points as he scored and assisted on all three of King's goals.

Bains scored with just over four minutes left in the second period to put the Rebels up 4-3 heading into the third.

Marcus Kallionkieli tied the game at 4-4 just 2:38 into the third however, eventually sending the game into extra periods.

Red Deer goaltender Chase Coward stopped 46 of the 50 shots he saw and was perfect during the three overtimes.

Ridly Greig scored a pair of goals and added a helper in the Wheat Kings defeat.

The Rebels will see the Edmonton Oil Kings in the second round.