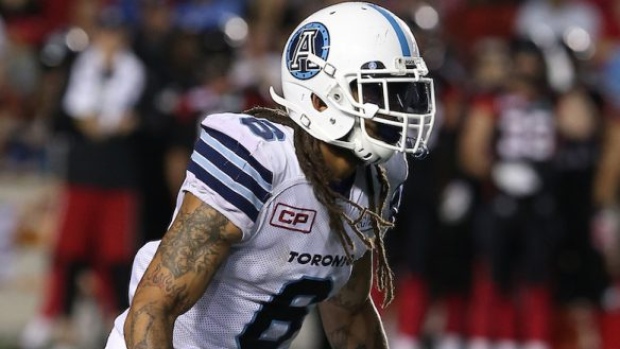 Hearing from #CFL sources, on his fourth play in his first game with the #Stamps, LB Marcus Ball tore his ACL.

Ball, who played in his first CFL game of the season last Friday when the Stampeders beat the Saskatchewan Roughriders, tore his ACL in the game, according to TSN's Matthew Scianitti. Ball incurred the injury on just his fourth play in the game.

Ball, 32, signed with the Stampeders on Oct. 2. The five-year veteran spent his entire CFL career with the Toronto Argonauts before signing with the Stampeders. During his tenure in Toronto, the team won two Grey Cups and Ball was named an all-star.

He has recorded 238 tackles, seven sacks and seven interceptions in his career.