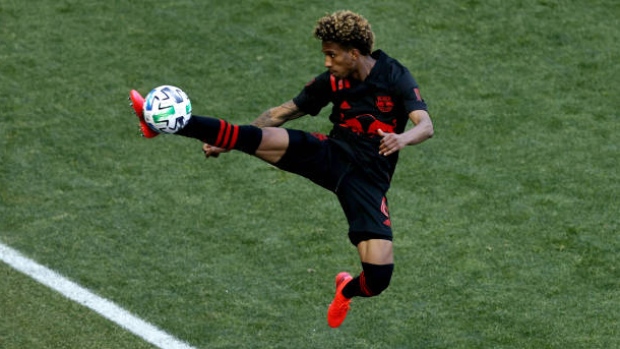 Fábio opened the scoring in the 37th minute by volleying home Patryk Klimala's pass. Duncan sent in a shot from distance in the 56th that went off the hand of goalkeeper Joe Willis.

New York goalkeeper Carlos Coronel had his third shutout of the season.

Nashville forward C.J. Sapong had a goal called back in the 48th for being offside.