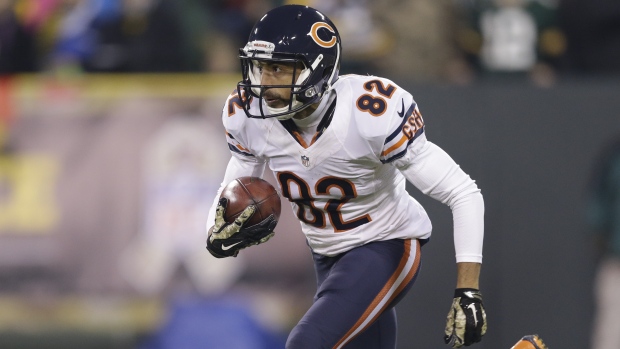 The team announced the move in a letter to season ticket holders on Tuesday,

Williams was named the CFL's most outstanding rookie in 2011 when he had 1,064 receiving yards and six touchdowns with the Hamilton Tiger-Cats. He added 252 yards and a touchdown on kick returns.

He had his best season in 2012, tying a CFL record by returning five punts for touchdowns.

He finished the season with 16 touchdowns, 1,298 receiving yards and 1,117 punt return yards, and was named an all-star and the CFL's most outstanding special teams player.

Williams left the Ticats after the 2012 season and signed with the NFL's New Orleans Saints.

Note to readers: This is a corrected story. A previous version had the incorrect date for Williams' rookie season.