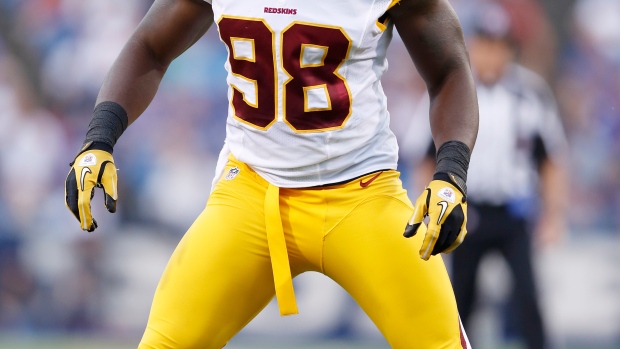 Brown was in training camp with the Redskins this year but was cut at the end of the preseason.

Brown has appeared in 38 NFL games with three starts with the Carolina Panthers, San Diego Chargers and Dallas Cowboys. He played in seven games with the Cowboys last season and had one sack.

The Redskins made the moves Tuesday after announcing Monday that Orakpo was out for the season.