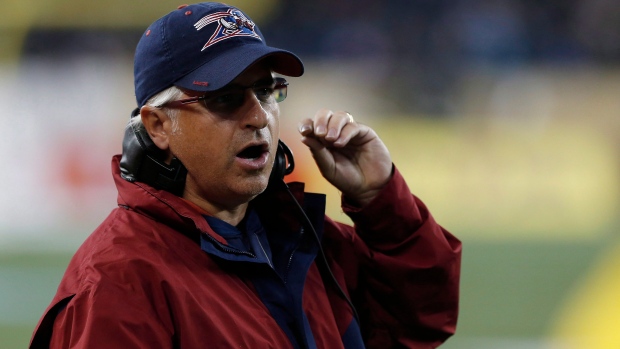 Jim Popp is still the head coach of the Montreal Alouettes.

“Jim Popp has not stepped down as head coach of the Alouettes nor has he indicated to the staff that that is coming,” Reed told TSN. “I’m flabbergasted and disappointed that inference has been drawn from me giving Jim the game ball after the tough loss in Hamilton.”

“Jim has done everything in his power to keep this team focused and to try and get wins for this organization. Jim is dedicated and loyal to the Alouettes and [owner Bob] Wetenhall. Jim has had some family issues this week that he wanted kept private. I know what he went through this week and that’s why I gave him the game ball. I’m sorry that my actions, which were meant to be supportive of Jim, have come out in this negative way.”

The reports of Popp stepping down stemmed from Reed giving Popp a game ball after Friday’s game, a rarity after a loss.

Asked if he had been approached to take over for Popp as interim head coach, Reed once again strongly shot down any notion of Popp stepping down.

“Absolutely not. I am loyal to Jim and the organization and I think Jim is the best guy to get us through this.”

Further to that, two veteran Alouettes players have not been informed of any coaching change.

The Alouettes have gone through a controversial few weeks, with in-fighting between quarterback Rakeem Cato and receiver Duron Carter making national headlines.

Montreal currently sits last in the East Division with a 3-9 record.