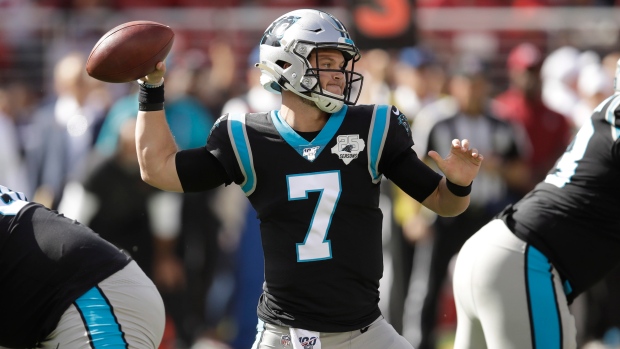 Newly acquired quarterback Kyle Allen told the Richmond Times-Dispatch he thinks the expectation is to compete for the starting job with Washington this season.

“I think the expectation is to come in and compete for the job,” he said. “I think that’s an awesome opportunity.”

Washington ended last year with 2019 first round draft pick Dwayne Haskins as the starter. Haskins finished the year with a 2-5 record in seven starts as a rookie, recording 1,365 passing yards, seven touchdowns, and seven interceptions.

Allen played for new Washington head coach Ron Rivera in Carolina last season. Taking over for an injured Cam Newton, Allen started 12 games before he was replaced by rookie Will Grier. Allen finished with a 5-7 record as starter, throwing for 3,322 yards, 17 touchdowns, and 16 interceptions.