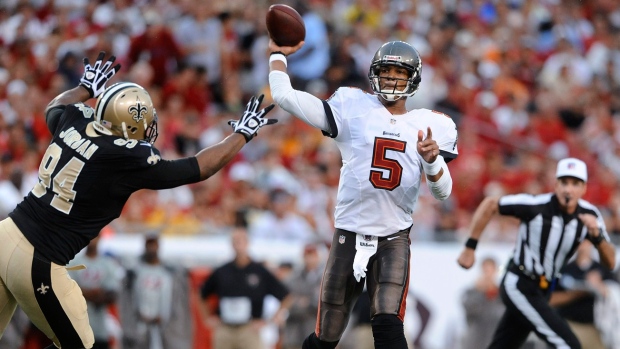 According to Didier Orméjuste of RDS, the Montreal Alouettes have added former NFL quaterback Josh Freeman back to their negotiation list.

The 2009 first-round NFL draft pick hasn't played since starting one game with the Indianapolis Colts in 2015. Freeman started his career with the Tampa Bay Buccaneers, and also played for the Colts and Minnesota Vikings briefly.

"Josh has impressed us," Reed said at the time. "We're very intrigued by Josh Freeman."

Freeman will turn 30 on Saturday.