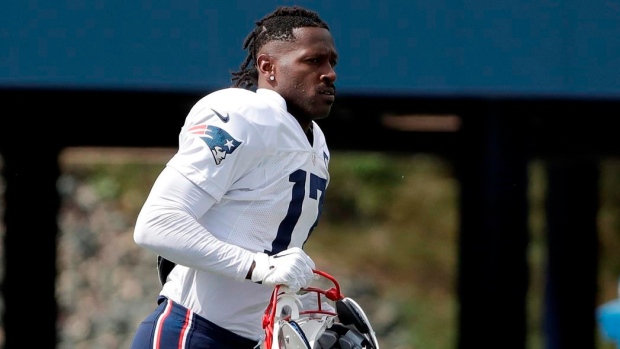 Wide receiver Antonio Brown is not expected to play again this season "barring a significant turn of events" according to ESPN's Adam Schefter.

Schefter adds that Brown is continuing to push for a return to the NFL and is scheduled to meet with the league next week to address the sexual assault allegations he is facing. Schefter reports there are three teams interested in signing the four-time All-Pro, who has not played since Week 2 when he was a member of the New England Patriots.

“I'm confident Antonio will play again this season. I believe the NFL should clear him after they interview him this week and I expect he will be signed shortly after that," Brown's agent, Drew Rosenhaus, told Schefter in response to his report.

If Brown were to get an offer from any of the teams interested in him, he would likely be placed on the commissioner's exempt list, prompting the team to pay him until the matter is resolved should Brown accept a potential offer. Since the matter is unlikely to be resolved until after the season ends, a team would be paying Brown without him able to participate in game action.

Schefter also reports that after the matter is resolved with the league, there could be discipline awaiting Brown, further contributing to the possibility that Brown's 2019 season is over.

The 31-year-old has filed eight grievances against the Oakland Raiders and Patriots seeking $39.775 million in lost salary, bonuses and guaranteed money according to ESPN's Dan Graziano.