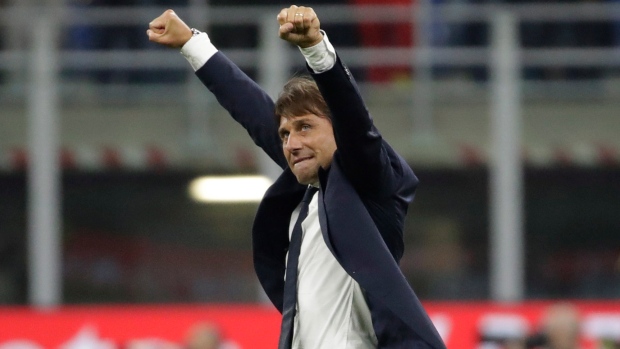 Antonio Conte brought Inter its first Scudetto in a decade, but that as far as he will go.

Fabrizio Romano reports the 51-year-old manager and the Serie A champions have agreed to part ways effective immediately.

A five-time Serie A champion as a player, Conte just wrapped up his second season at Inter. He finishes his tenure at the San Siro with a 64-23-15 mark.

The Nerazzurri job was Conte's return to Serie A after two seasons at Chelsea in which the Lecce native brought the Blues a Premier League and FA Cup title.

Conte had previously managed at Bari, Atalanta, Siena and Juventus, with whom he spent 13 seasons as a player. As manager of the Bianconeri, Conte won three Scudetti.

Internationally, Conte spent two years in charge of the Azzurri from 2014 to 2016 and took Italy to the Euro 2016 quarter-finals.