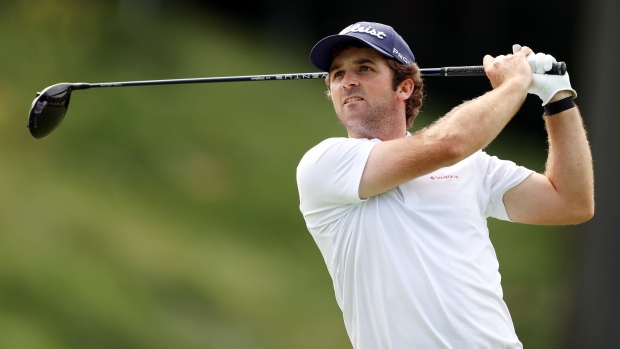 Denny McCarthy has withdrawn from the Travelers Championship after testing positive for COVID-19, the PGA Tour confirmed.

"I was feeling pretty tired and sore after the round yesterday but didn’t think much of it because I had practiced a lot Monday to Wednesday, McCarthy said in a statement. "Then I woke up in the middle of the night feeling more sore and achy and sensed something was off. I felt like the only thing to do was get tested at that point before I went to the course."

McCarthy, who shot a 3-under 67 on Thursday, played with Matt Wallace and Bud Cauley.

Golf Digest's Brian Wacker reported earlier Friday at least one player and possibly two had tested positive for the coronavirus at the Travelers Championship.

PGA commissioner Jay Monahan said ahead of the tournament he expected more positive tests in the future and the tour is going to have to deal with the situation.

"We need to learn to live with this virus. This virus isn’t going anywhere. ... You’re going to have more [positive] tests going forward."

The tour's commissioner added, "There will be serious repercussions" for any player who breaks protocol leading to a positive test.