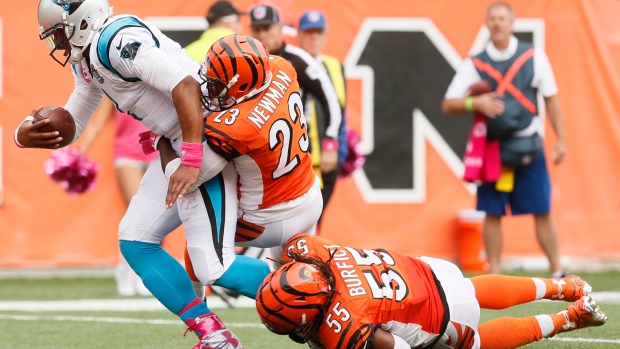 Vontaze Burfict is paying for his ankle twists.

According to a report from ESPN, Burfict was fined $25,000 for twisting Cam Newton's and Greg Olsen's ankles after tackles during the Cincinnati Bengals' tie with Carolina on Sunday.

The report also states Burfict will be summoned to league offices if a situation like this happens again.

Earlier in the week Olsen, the Panthers tight end, publicly stated he thought Burfict deserved to be suspended.

"Punishment needs to go beyond a fine," Olsen said. "Guys like that don't learn from that stuff. "