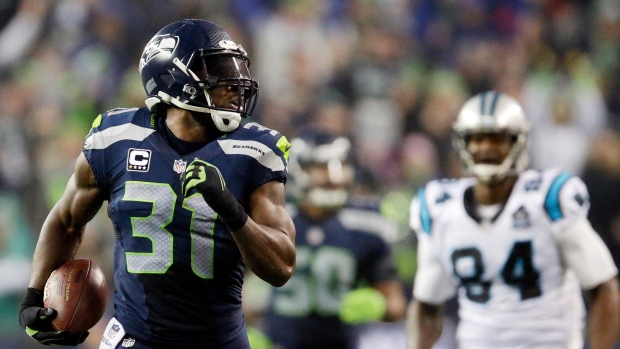 RENTON, Wash. - Kam Chancellor's holdout from Seattle Seahawks' training camp extended to a sixth day on Wednesday, but no end is in sight.

The second-team All-Pro strong safety has stayed away from the mandatory camp as he continues to seek a new contract from the team.

On Thursday, ESPN's Josina Anderson reported Chancellor's holdout extend into the regular season if he fails to receive an upgrade on his current deal.

Head coach Pete Carroll said Wednesday it's an issue of concern for both sides. Carroll said he has not had any communication with Chancellor in a few days.

"Here we have to keep moving and he knows that's what we are called to do and so we're going to do that," Carroll said. "But it's a very difficult time for him I think."

In addition to the $30,000 a day the team can fine him for his holdout, the Seahawks can now seek a percentage of Chancellor's prorated signing bonus. His daily fines have reached $180,000 with an additional $150,000 kicking in for his sixth day missed.