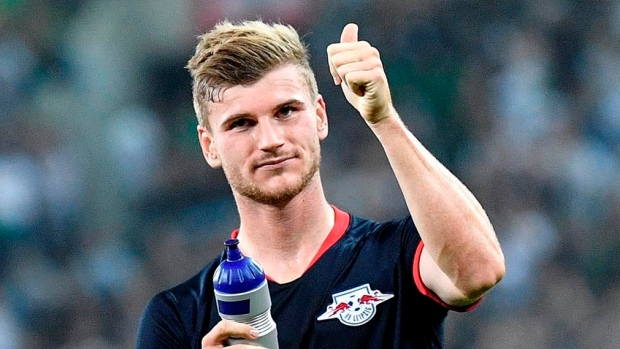 Chelsea appears to be getting a jump on the summer transfer market.

The BBC's Alistair Magown reports the Blues have agreed to a deal with RB Leipzig for Germany forward Timo Werner.

The 24-year-old Werner's release clause is a reported £54 million.

Werner is in his fourth season with Leipzig after a €10 million move from hometown club Stuttgart.

In 40 appearances across all competitions, Werner has 31 goals, including 25 in Bundesliga play.

Internationally, Werner has been capped 29 times by Die Mannschaft, scoring 11 goals. He was a member of Germany's squad at the 2018 World Cup.

Werner had been attached with a move to Liverpool earlier in the spring, but Magowan understands that the Reds do not intend to make any major transfers this summer.

If completed, Werner would become the second significant arrival at Stamford Bridge next season. Morocco winger Hakim Ziyech was signed from Ajax in February for £37 million.