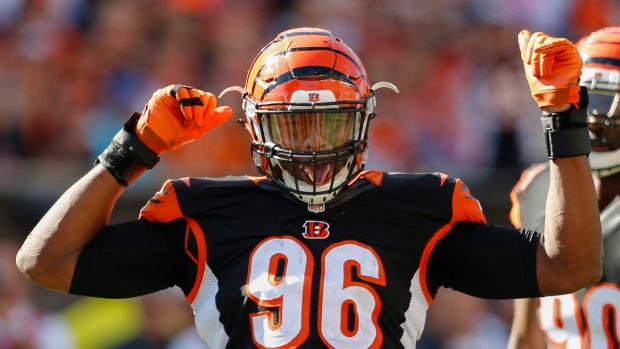 It appears Carlos Dunlap's time with the Cincinnati Bengals is coming to an end.

According to Ian Rapoport of NFL Network, the Bengals instructed Dunlap to stay home on Wednesday rather than attending practice as they look to sort out the pass rusher's future. He adds the Bengals have had trade talks centred around Dunlap and will continue to do so.

Sources: The #Bengals have told DE Carlos Dunlap to stay home rather than come to work today as the team sorts out his future. They have had trade talks centered around their disgruntled pass-rusher, and those are continuing.

The decision comes after Dunlap took to Twitter after Sunday's loss to Cleveland Browns announcing his Cincinnati house was for sale. The tweet has since been deleted.

Dunlap has spent his entire 11-year career with the Bengals, reaching the Pro Bowl in 2015 and 2016. He has just one sack through seven games this season, though, and has seen his playing time decrease.

The Bengals sit last in the AFC North with a 1-5-1 record.