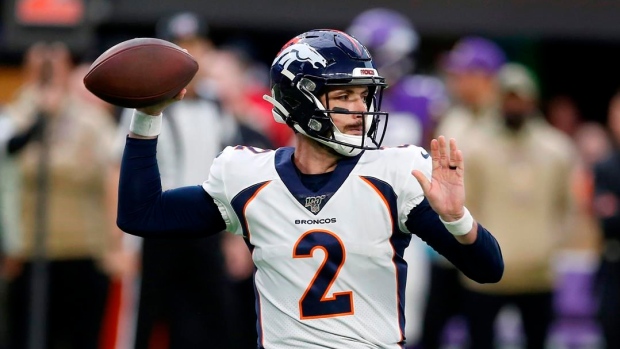 The Cincinnati Bengals will start Brandon Allen at quarterback in place of the injured Joe Burrow Sunday against the New York Giants, according to a report from NFL Network's Mike Garofolo.

The #Bengals are planning to start QB Brandon Allen on Sunday vs. the #Giants, according to sources. Allen was on the practice squad until the other day when he replaced Joe Burrow on the roster. Ryan Finley, who came in for Burrow against #WashingtonFootball Team, will back up.

Allen was on the Bengals' practice squad until he replaced Burrow on the active roster. Allen will start over second-year QB Ryan Finley, who replaced Burrow against the Washington Football Team.

In three starts for the Denver Broncos last season, the 28-year-old Allen threw for 515 yards, three touchdowns, and two interceptions.

Prior to his time with the Broncos, Allen spent two seasons with the Los Angeles Rams.

Makes sense. Brandon Allen knows Zac Taylor’s offense going back to their days with the #Rams and showed some promise in three starts last season in Denver. https://t.co/Q0JWFt3PXV