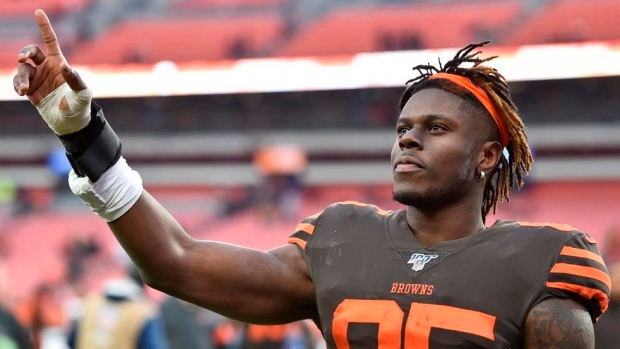 But according to Josina Anderson, the Browns might not be so quick to grant his wish.

My understanding is TE David Njoku remains a big part of the #Browns plans, going back to the winter & the transition in the organization. The belief is Njoku can have a great year still for this team. But I'm also told by a source that Njoku, "been wanted out." Bears monitoring.

Anderson reports her understanding is Njoku remains a big part of the Browns' plans "going back to the winter and the transition in the organization." The Browns believe the fourth-year tight end can be of help in 2020, but Anderson adds he has wanted out of Cleveland for some time.

Njoku was the No. 29 overall pick in the 2017 draft and caught 88 passes for 1,025 yards while scoring eight touchdowns in his first two seasons. However, he broke his wrist in Week 2 last season against the New York Jets, underwent surgery and played in just four games.

The 23-year-old played college ball at the University of Miami.