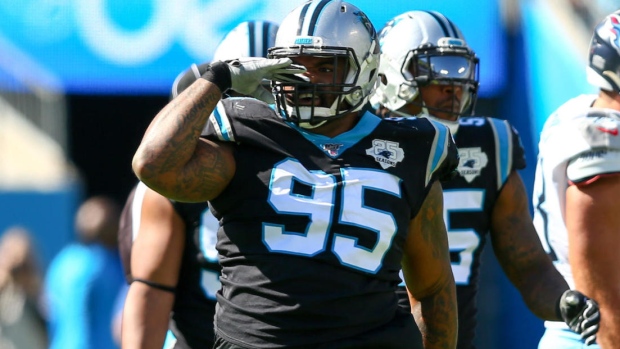 The Dallas Cowboys are making a veteran addition to their defensive line.

The NFL Network's Ian Rapoport reports that the club has agreed to terms with tackle Dontari Poe with the deal still being finalized.

The #Cowboys have agreed to basic terms on a deal for free agent DT Dontari Poe, source said. They are finalizing the language on the deal, but it will get done. Another big-name former #Panthers DT in free agency.

A two-time Pro Bowler, the 29-year-old Poe spent the past two seasons with the Carolina Panthers.

A native of Memphis, Poe was taken with the 11th overall selection of the 2012 NFL Draft by the Kansas City Chiefs out of Memphis.

After five seasons with the Chiefs, Poe spent the 2017 season with the Atlanta Falcons.