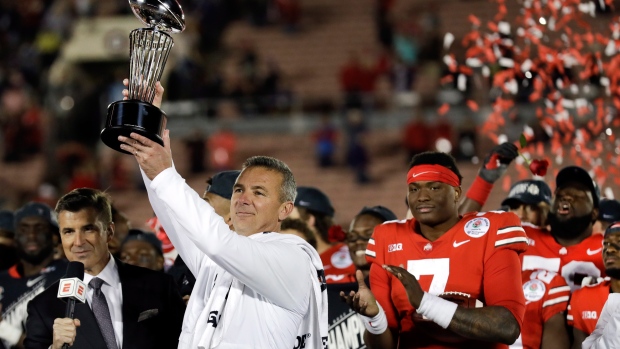 It's no secret that the Dallas Cowboys are failing to meet expectations this season. Barring a late season turnaround and Super Bowl push, Jason Garrett's time as head coach could be coming to an end.

Although Cowboys owner Jerry Jones continues to say that he will not fire Jones before the season ends, it appears the team is already looking at their options.

Dallas is showing "very real interest" in Urban Meyer, according to the NFL Network's Jane Slater.

Jerry Jones says Jason Garrett will remain the coach but I can confirm a very real interest in Urban Meyer. In fact, I'm told Stephen Jones spoke with him recently. Lincoln Riley remains a strong candidate & file this name as a possibility Clemson OC Tony Elliott per sources.

Slater adds that the interest from the Cowboys is so legit that Stephen Jones - current executive vice-president, CEO, and director of player personnel for the organization - has spoken with Meyer recently.

Meyer spent 17 seasons coaching in the NCAA, with seven of those coming at Ohio State University, where he posted a 83-9 record and won a national championship in 2014 - the first year of the new College Football Championship playoff format.

Before his time with Ohio State, Meyer spent six years with Florida, two seasons in Utah and started his head coaching career in 2001 with Bowling Green.