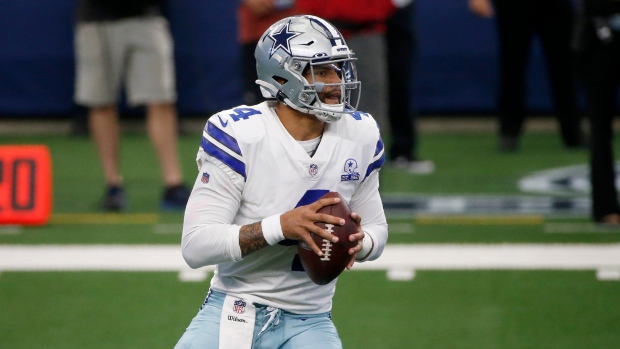 The Dallas Cowboys and quarterback Dak Prescott have agreed to a four-year, $160 million contract with a record $126 million guaranteed, according to multiple reports. The deal also includes a full no-trade clause.

The deal includes $66 million to sign and $75 million in year one, the most in NFL history. https://t.co/bt7uBY2v7w

Prescott played under the franchise tag in 2020, earning $31.4 million, and would have been entitled to a 20 per cent raise had he been tagged again for this season.

The 27-year-old played in only five games last season before suffering a season-ending ankle injury. He threw for 1,856 yards, nine touchdowns, and four interceptions.

Cowboys still are placing the franchise tag on Dak Prescott on Tuesday as a procedural matter, per source, which means they cannot tag him again in the future.

ESPN's Adam Schefter added the Cowboys will still place the franchise tag on Prescott Tuesday as a procedural matter, so that they cannot tag him again in the future.

Prescott has spent his entire five-year career with the Cowboys after the club selected him in the fourth round in 2016. He is a two-time Pro Bowler.