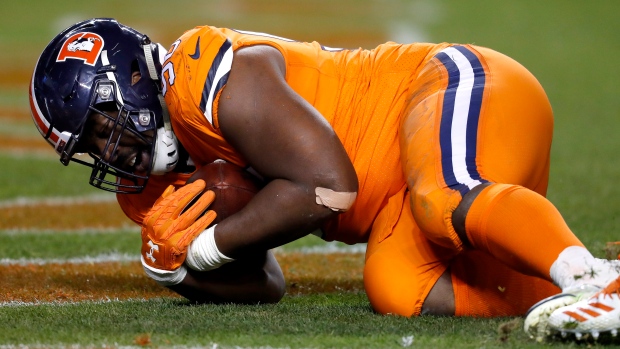 The Denver Broncos are re-signing defensive end Shelby Harris to a one-year deal according to a report from KOA Colorado's Brandon Krisztal.

Per an NFL Source: Broncos Free Agent Defensive Lineman Shelby Harris is set to come back to Denver on a 1-yr deal that’s guaranteed $2 Million with a max value of $3.25. Last year he posted a career high 6 sacks and led the NFL in passes knocked down by D-Linemen. @KOAColorado

Harris' one-year deal will pay him a guaranteed $2 million with a max value of $3.25 million, per Krisztal.

Harris has spent the past three seasons with the Broncos after starting his career in Oakland for two seasons. The 28-year-old finished with a career-high 49 tackles and six sacks in 16 starts for the Broncos last season.