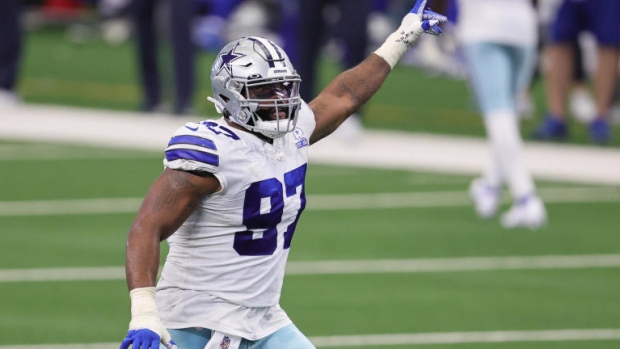 Everson Griffen is headed back to the NFC North.

The NFL Network's Ian Rapoport reports the Dallas Cowboys have traded the four-time Pro Bowl defensive end to the Detroit Lions in exchange for draft compensation.

Trade! #Cowboys DE Everson Griffen is being traded to the #Lions in exchange for draft pick compensation, sources say. Detroit, winners of two in a row, is added a big-time veteran pass-rusher.

Griffen, 32, was in his first year with the Cowboys after having spent the first 10 seasons of his career with the Minnesota Vikings.

A product of USC, Griffen appeared in all seven games for the Cowboys this season, recording 20 tackles and 2.5 sacks.