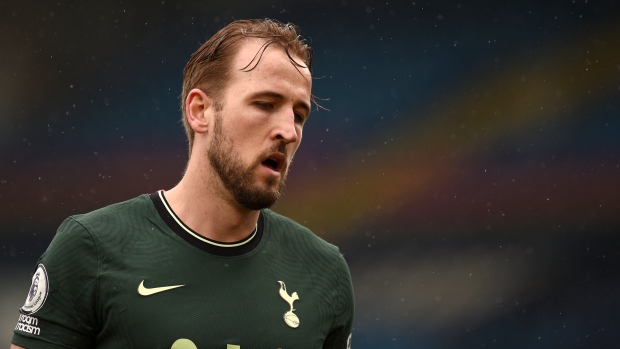 Could Harry Kane's days at Tottenham Hotspur be coming to an end?

Sky Sports reports that the England striker has once again reiterated his desire to leave the club with the 27-year-old's preference being to remain in England.

The report states that all of Manchester United, Manchester City and Chelsea have already been in touch with Kane's representatives sounding out a potential move. The London native would like his future sorted out before the Euro, which is set to get underway on June 11.

Whether or not Spurs would sanction a move is another matter altogether. A Spurs spokesperson gave Sky Sports a terse statement.

"We have a season to finish and we want to finish it as strongly as possible," the spokesperson said. "That's all we are focused on."

Transfermarkt currently rates Kane as the 10th most valuable player in the world at a valuation of £108 million.