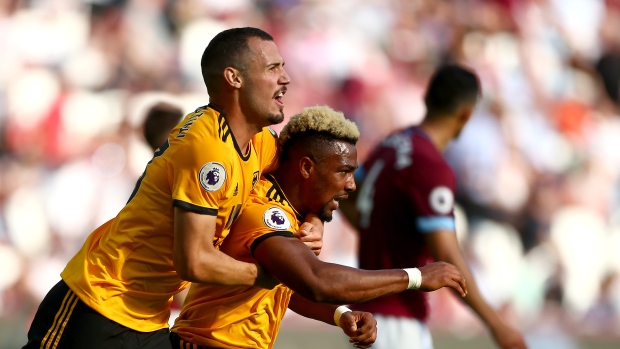 It appears that Wolverhampton Wanderers winger Adama Traore will have no shortage of suitors this offseason.

ESPN's Mark Ogden reports that a number of European heavyweights teams have expressed interest in the 24-year-old Spaniard.

Ogden notes that Traore's future could be tied to Wolves' Champions League prospects.

Currently sixth in the table, Wolves trail Leicester by seven points for the final Champions League place. Should City's appeal of their UEFA ban be rejected, then the Premier League's fifth-placed team would enter the Champions League. Nuno Espirito Santo's side is three points behind Manchester United for fifth. Wolves can also qualify for the Champions League by virtue of winning the Europa League. Wolves and Olympiacos played to a 1-1 draw in the first leg of their Round of 16 tie with Wolves picking up what could be a key away goal.

Should Wolves qualify for the Champions League, Traore intends to stay with the club. With three years remaining on his current deal, Wolves are likely to put a price tag in the region of £80 million.

A product of the Barcelona academy, Barca would be interested in reacquiring Traore, who they sold to Aston Villa in 2015. But Ogden notes that the club is more concerned with exits this upcoming offseason and won't attempt to sign Traore for another season.

City and Juventus could be prepared to make an offer this offseason with Pep Guardiola's club looking to replace Leroy Sane, who was sold to Bayern Munich last week, and the Bianconeri looking to get younger in its attack with the likes of Cristiano Ronaldo, Juan Cuadrado and Douglas Costa being 30 or older.

Traore has been a revelation at the Molineux this season. His nine assists are second in the Premier League this season behind only City's Kevin De Bruyne. In 33 appearances in the league, Traore has four goals.

He arrived at Wolves in 2018 in an £18 million move from Middlesbrough.