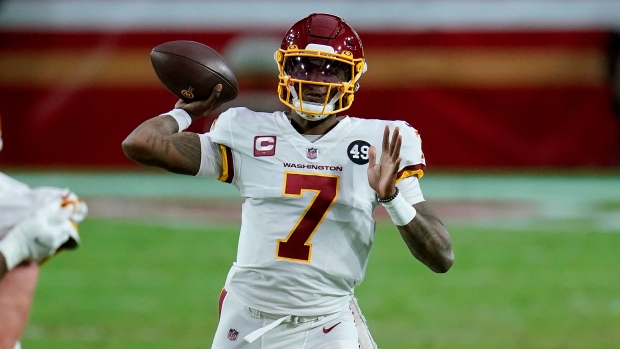 NFL Network's Ian Rapoport reports the Steelers have agreed to terms with the 2019 15th overall pick on a contract.

The #Steelers and QB Dwayne Haskins have now agreed to terms on a contract, source said.

Haskins, who was released by Washington late in the regular season, has also visited with the Carolina Panthers.

Taken out of Ohio State, Haskins has appeared in 16 games with 13 starts for Washington. He has thrown for 2,804 yards, 12 touchdowns, and 14 interceptions.