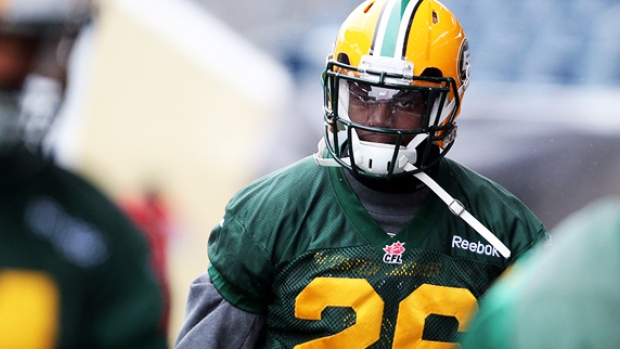 John Ojo is one of the top available free agents this off-season but according to a report from the Toronto Sun's Scott Mitchell, isn't expected to sign with a CFL team anytime soon if at all.

CB John Ojo should have his Achilles cleared in about 6 weeks and has at least 8 NFL workouts, per source. Non-factor in #CFL FA right now.

Ojo, who missed all of 2016 with a torn Achilles, is expected to be cleared in about six weeks, according to Mitchell's report, and already has at least eight NFL workouts lined up.

Ojo was named a CFL All-Star in his rookie season in 2015, finishing with 41 tackles and five interceptions for the Edmonton Eskimos.