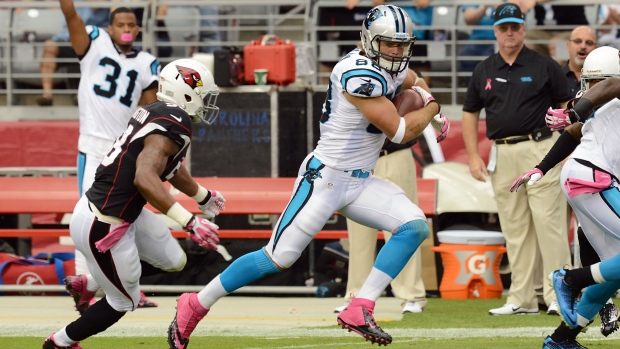 The Greg Olsen sweepstakes have come to an end as Adam Schefter of ESPN reports that Olsen and the Seahawks have agreed to a one-year, $7 million deal.

Former Panthers’ TE Greg Olsen is signing a one-year, $7 million deal that includes $5.5M gtd with the Seahawks, per source. Olsen visited and negotiated with Buffalo, Seattle and Washington but felt most comfortable with the Seahawks.

Olsen began his career with the Chicago Bears after being selected out of The University of Miami with the 31st overall pick in the 2007 NFL draft.

In his rookie year, the Paterson, NJ native recorded 39 receptions for 391 yards and two touchdowns earning him a a spot on the 2007 NFL All Rookie team.

After spending four years in Chicago, Olsen was traded to the Carolina Panthers in 2011.

It was there that Olsen's career took off under then head coach Ron Rivera. Recording 524 receptions for 6463 and 39 touchdowns, Olsen earned three consecutive Pro Bowl appearances from 2014 to 2016 and earned NFL Top 100 nods from 2015 through 2017.