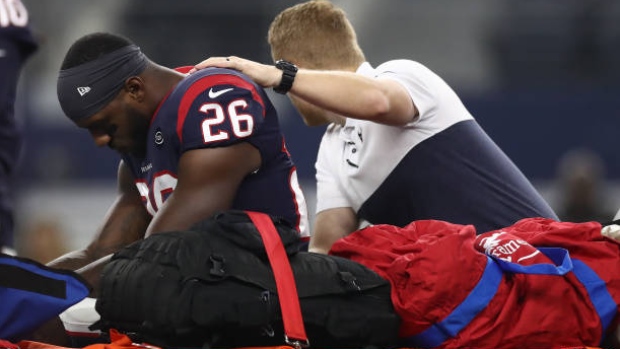 An MRI has confirmed that Houston Texans running back Lamar Miller has suffered a torn ACL according to ESPN's Adam Schefter.

Mri confirmed that Texans RB Lamar Miller tore his ACL and is out for the year, per source.

He will miss the entire 2019 season with the injury.

Miller was carted off the field with the left knee injury during the Houston Texans pre-season game against the Dallas Cowboys.

Miller is in the final year of his four-year $26 million contract and is set to become an unrestricted free agent at the end of the season.