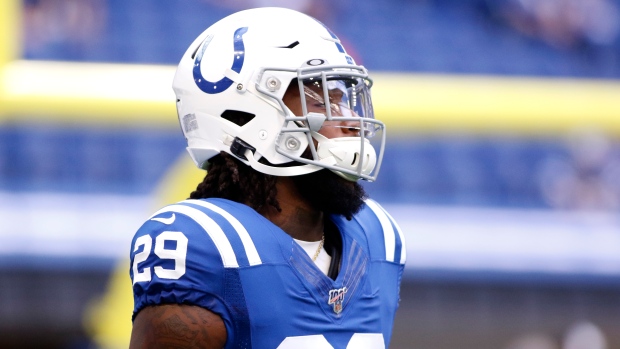 Malik Hooker, starting safety for the Indianapolis Colts, tore the meniscus in his knee Sunday against the Atlanta Falcons and is expected to be out four-to-six weeks, according to ESPN's Adam Schefter.

Despite the severity of his injury, Hooker, remarkably, was actually able to return and finish the Colts' win on Sunday over the Falcons.

The 23-year-old Hooker is in his third season in the NFL after being drafted by the Colts in the first round (15th overall) of the 2017 draft. He registered 76 tackles, six interceptions and nine passes defenced over his career.