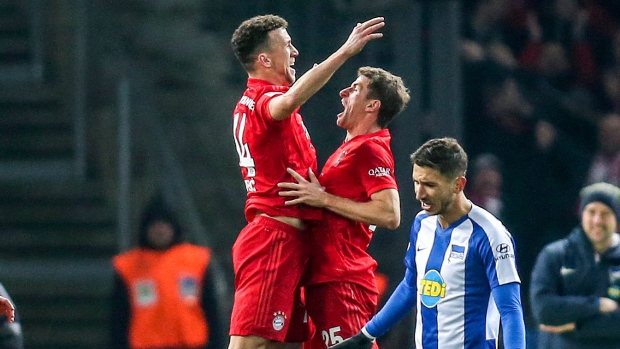 Ivan Perisic isn't heading back to Italy just yet.

Gianluca DiMarzio reports Inter has extended his loan with Bayern Munich for two more months that will allow the Croatia winger to see out the remainder of the Bundesliga champions' European campaign with the Champions League set to restart in August.

Perisic, 31, joined Bayern on loan last summer and his deal was set to expire later Tuesday like the contracts of many other players across Europe. With the coronavirus (COVID-19) pandemic forcing a pause in a majority of European seasons, teams, players and agents have been scrambling to come up with new arrangements to satisfy these elongated seasonal dates.

A native of Split, Perisic has made 30 appearances across all competitions for Bayern with 22 coming in the league. He has six goals this term.

Internationally, Perisic has been capped 88 times by Croatia and was a member of the squad that finished as runners-up at the 2018 World Cup in Russia.