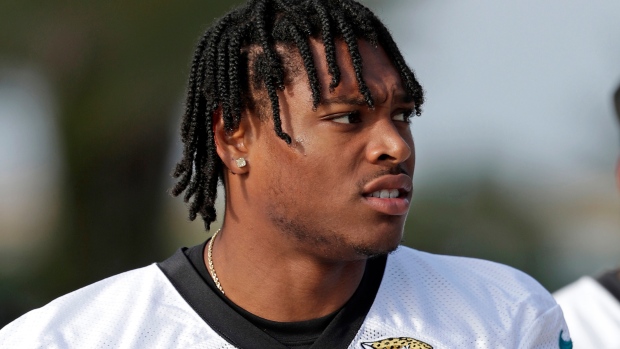 If Jalen Ramsey is going to get his wish, it might not happen until later this week.

According to the NFL Network's Ian Rapoport, a Ramsey trade out of Jacksonville is "unlikely" by Thursday night's game against the Tennessee Titans.

With the #Jaguars playing the #Titans tomorrow night, a trade of Pro Bowl CB Jalen Ramsey prior to the game is unlikely. Friday is the most likely target date, sources say.

Rapoport notes that Friday is the most likely target date for a trade involving the Pro Bowl cornerback. If no deal is reached, it raises questions if the Jaguars will even allow him to play in Week 3 given the risk of injury.

Ramsey, who asked for a trade earlier this week according to multiple reports, addressed reporters Tuesday..

"I have nothing bad or negative to say about anyone in the building. I don't want to speak on it or give too much detail. I will let God do his work," he said.

Reports of a trade request came just one day after he and head coach Doug Marrone were involved in a heated argument during Sunday's 13-12 loss to the Houston Texans. The incident was reportedly over Marrone not challenging a first-down call that moved the chains for Houston and the two were seen screaming at each other on the sidelines. Marrone later downplayed the incident and said that Ramsey would not be disciplined. The 24-year-old finished with four tackles and one pass defenced.

"Let's be clear about something. I didn't leak that information. Me and my agent. We are not the ones who leaked that information. And I was very strict about that. Because I did not want it to get out," Ramsey said.

Following their matchup with the Titans in Week 4, the Jags will visit Denver to take on the Broncos.