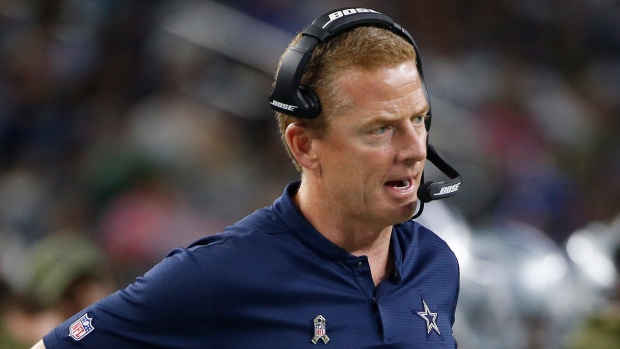 Back where he spent four years as a backup QB. Could return to the #Giants as OC soon. https://t.co/xaVajuDo99

He has been out of work since Jan. 5 when the Cowboys announced that Garrett, who had coached the team for the past nine and half seasons, would no longer hold the job. The Giants find themselves looking for a new offensive coordinator for new head coach Joe Judge, who was hired on Jan. 8 to replace former coach Pat Shurmur.

Garrett posted a 85-67 regular-season record over his tenure with the Cowboys and was 2-3 in the postseason. Before taking over as interim head coach in 2010, Garrett served in different offensive coaching roles for the Cowboys, including offensive coordinator. He also played 12 seasons in the NFL, seven of which the former quarterback spent with the Cowboys (1993-99) and four with the Giants (2000-03).